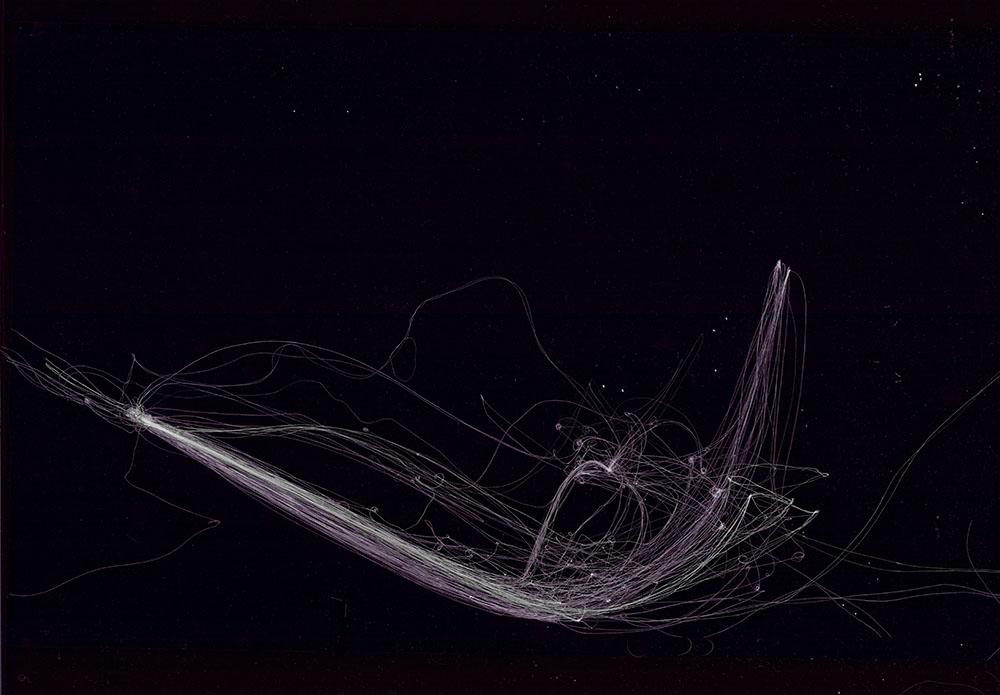 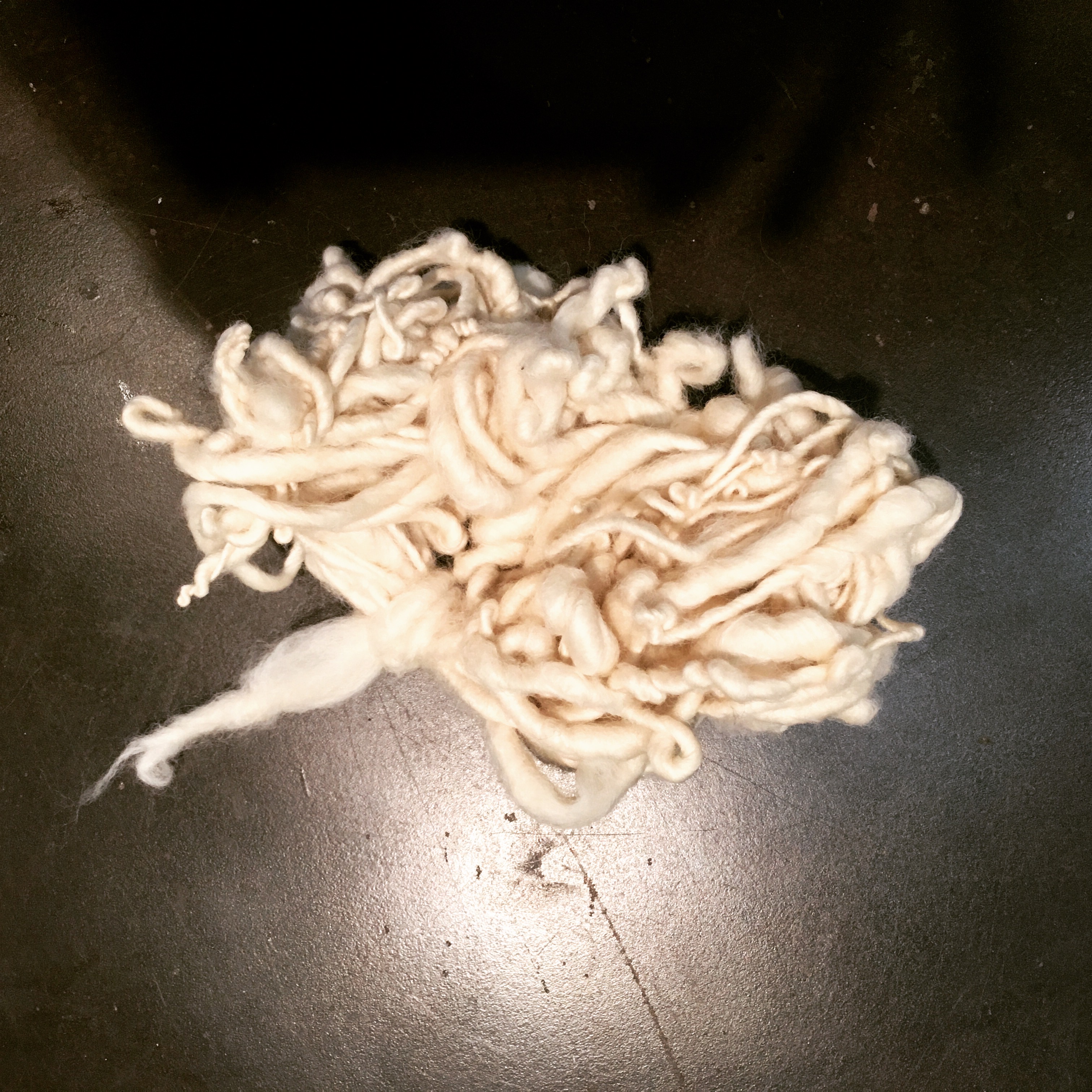 Today, in an ever-increasing technological world, the average commuter is plugged into at least one device, maybe two, maybe three. We get lost in our doings and thinking’s and partake in primitive behaviors such as nose picking, snoring, leg spreading, and crotch scratching that perhaps only our unconscious and our neighbor can confirm.
‍
The train itself is a modern advancement in technology that gets us from point A to point B faster than ever before, but it is still not fast enough. We are constantly striving for a faster commute, faster service, faster internet, fast consumption.
‍
Spinning yarn with a drop spindle is the most time consuming way to create yarn. Every strand is uniquely its own and impossible to replicate. The act of spinning yarn in the midst of a hyper technological contemporary environment emphasizes how drastically our culture has changed and how separated we are from our sense of touch.
‍
The idea for Train Spinning emerged as I was completing 100 Days. The 100 Days project had shed a lot of light on elements of my life that I might address in pursuit of a more holistic existence. Time spent void of nature in an uncomfortable environment was one of them. I had already begun spinning on the train out of instinct, so I decided to dedicate a year (365 days) to looking at this in a deeper way. During this time, I spun while on the train, notated everywhere I went and then made drawings mapping my travels. The spinning activated my sense of touch and kept me feeling present in my body in a space where that seemed impossible. It also emphasized my inner knowing that I was moving around too much and needed to find a moment for stillness. This need for a quiet mind was the beginning of Notes On Yoga.
‍
© Alex Goldberg
EmailInstagram